Colorless green ideas do not sleep furiously—or do they? 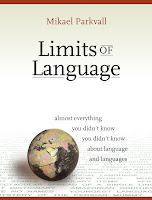 Noam Chomsky’s most famous sentence is also one of the strangest ever constructed: “Colorless green ideas sleep furiously.” His point, in contrasting the syntax of this sentence with a variation, “Furiously sleep ideas green colorless,” was that while the former is grammatical and the latter is not, the latter is no less probable to appear in English language than the former.

All of this was described by Mark Liberman in a Language Log post which was reprinted in Far from the Madding Gerund.

So it seems Mr. Chomsky was wrong in that particular assertion, but then along came Mikael Parkvall to seal the deal, showing us once and for all that colorless green ideas do, in fact, sleep furiously. His illustration serves as the punch line for this post: 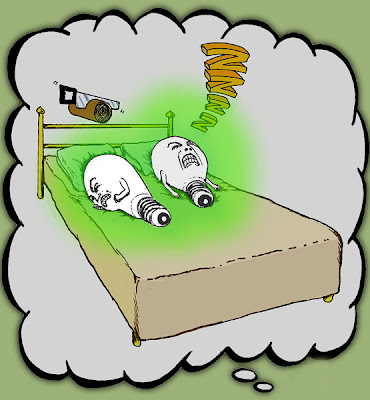 This illustration appeared on the back cover of the original UK edition of Limits of Language, but for some reason was dropped for the US edition. Since I was involved in the decision, I ought to be able to explain, but for some reason I cannot. Take another look at that beautiful rendition and tell me I’m not crazy.
Posted by Tom at 12.11.08

Email ThisBlogThis!Share to TwitterShare to FacebookShare to Pinterest
Labels: Far From the Madding Gerund, Language, Language usage, Limits of Language

That is exactly how I picture it in my mind