Hyphenating Dilemmas (and Nothing about Baseball)

I'm interested in the podcast because I like baseball, but what I've always appreciated is Cistulli's approach to the project. The podcast has never been only about baseball; there has been a fair amount of French philosophy and pop culture in the mix, for example (and trash culture, too, as you could count on professional wrestling to come up now and then).

In the handoff episode, where outgoing host Cistulli played guest to incoming host Rowley, they talked a bit about their disagreements on hyphenation:


I've written about hyphenating previously, but that was an unusual circumstance. Rowley and Cistulli are talking about a traditional rule of hyphenation, one that says you need to insert a hyphen into a compound adjective when placed before a noun, so you're good to go with "grass-fed cows" and "cows that are grass fed."

The case of "front-office decision" vs. "front office decision" is trickier, if you are open to the idea that the matter is open to interpretation. The Chicago Manual of Style has, in recent editions, backed off from their stance that the hyphen rule applies across the board. They now promote leaving out a hyphen if the reader will not be confused. This introduces ambiguity, to be sure, but dropping the hyphen can reduce clutter.

Cistulli makes his case that hyphens can clarify things (is it an office decision that has a front, back and sides, perhaps?), while Rawley believes dropping the hyphen would not cause confusion, so this is a case where it could be dropped.

It's subtle, and most often you just have to go with the traditional rule. Where do I stand on "front-office decision" vs. "front office decision"? Please refer to the first sentence of this post to see.

You will find a good summary of basic hyphenation rules in the Common Errors in English Usage book and on the Web site. You will find interesting discussion on bending and even breaking rules responsibly in Far from the Madding Gerund. Both books are on sale this month—$15 with free shipping. 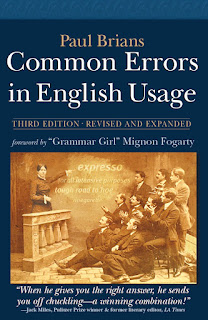 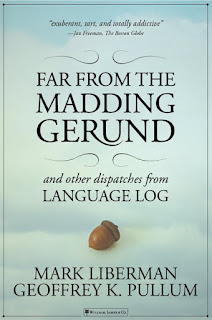 Email ThisBlogThis!Share to TwitterShare to FacebookShare to Pinterest
Labels: Adventures in editing, Common Errors in English Usage, Far From the Madding Gerund